How can we differentiate E-Sports and Physical Sports? 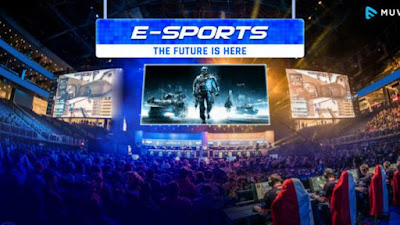 How can we differentiate   E-Sports and Physical Sports?

Most people have probably never heard of e sports before, but they’re quickly growing in popularity. Thanks to the rise of technology, e sports competitions are held online as well as on physical playing fields, and it’s becoming increasingly common to see e sports competitions on television and other forms of media. Despite the differences between physical sports and e sports, many athletes compete in both types of events at the same time.

I’m sure you have heard about or seen Electronic Sports, also known as E-Sports. They are sports that do not require physical activity but are played on computers and video game consoles. These activities range from virtual car racing to playing music based games on a keyboard. The popularity of these games has increased drastically in recent years with people tuning in to watch others play for thousands of dollars in prize money. I know that might sound weird to some of you but it is real! What many don’t realize though, is that regular sports also draw large audiences as well.  Here we go!

Why are E Sports So Popular?

E sports have been growing in popularity over recent years. Why are they becoming so popular? The reasons for their popularity can be attributed to various factors. This post will examine what e sports are, how they became so popular, as well as some of their limitations in comparison to physical sports.

Are E Sports as Competitive as Regular Sports?

The debate on whether or not E sports are as competitive as regular sports has been going on for decades. While some people think that physically being present in an arena or stadium is paramount to building a winning team, others believe that if you play long enough you can have just as much experience online. The goal of both types of sports is to win; it’s just how we get there that differs. If a professional e sport athlete doesn’t practice six hours every day then they won’t be able to compete with someone who does—just like in real sports. In fact, many professional athletes put even more time into training than their video game counterparts do.

The Benefits of Playing E Sports

E sports are a relatively new form of competition. Over time, more and more people have become interested in how e-sports compare to physical sports. While many individuals enjoy playing both, there are some clear differences between the two. Below, we’ll look at how each compares on various aspects that may interest you in choosing which one to participate in. Cost: A major benefit of playing e-sports instead of physical sports has to do with cost . Depending on where you live , it could be far less expensive to play video games as opposed to participating in a sport like football or basketball . There’s no need for equipment or practice space; all you need is your computer and connection to an online network!

Why Play E Sports if You Can Play Real Sports?

There’s an ongoing debate in sports circles about whether Electronic or Real physical sports are better. Some people argue that E sports are too sedentary, while others claim that E sports like Call of Duty are just as physically taxing. So what gives? Which one is better for you? Let’s find out.

Regardless of whether you think e sports are going to overtake physical sports as far as popularity, it’s easy to acknowledge that they’re both currently on a level playing field, so to speak. Since each form of entertainment brings something different to the table, there will always be room for both e sports and physical sports alike.