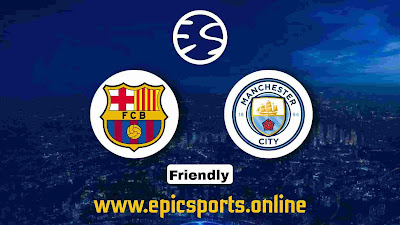 Fc Barcelona and Manchester City are set to face each other at Camp Nou on the 24th of August for a friendly match to raise awareness and funds for ALS (Amyotrophic lateral sclerosis) and to honor Juan Carlos Unzue.
Juan Carlos Unzue is a former Barcelona player who served the club for two years between 1988-1990 as a player and then returned as a goalkeeping coach for seven years from 2003 to 2010. He also served as an assistant under Luis Enrique when he was the manager of the club. He was diagnosed with ALS in 2020 and is fighting the disease since then.
Fc Barcelona has announced a match at Camp Nou to honor their former player and coaching assistant and to raise awareness about ASL.
Juan Carlos Unzue said that he conveyed his enthusiasm for this match and gave his approval from the first minute. He also said that he felt priceless at that moment.”
He also added: “With your commitment, you have shown the world that football is not just a business and a weekly show, but a promise and friendship. I hope we can fill Camp Nou with fans on matchday. The money will go to a platform that aims to achieve a cure for ALS through clinical trials. With the money, we hope to bring more clinical trials to our country and in other countries as well."