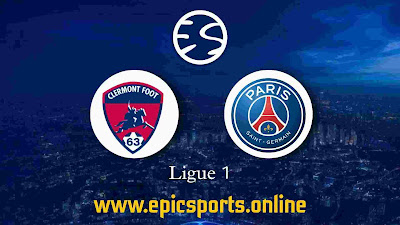 🇫🇷 Clermont XI: Diaw; Seidu, Wieteska, Ogier, Neto Borges; Gastien, Gonalons; Allevinah, Saracevic, Rashani; Andric
🇫🇷 PSG XI: Donnarumma; Sergio Ramos, Marquinhos, Kimpembe; Hakimi, Vitinha, Verratti, Nuno Mendes; Messi; Sarabia, Neymar
Clermont Foot | WDLWLL
Clermont Foot will be hoping to bounce back here following the 1-2 Ligue 1 defeat in their last game at the hands of Lyon.
In that match, Clermont Foot managed 45% possession and 18 attempts on goal with 3 of them on target. The only player to score for Clermont Foot was Mohamed Bayo (59'). For their opponents, Lyon got 21 shots on goal with 5 on target. Moussa Dembélé (26') and Houssem Aouar (49') scored for Lyon.
It’s been seldom in recent games where Clermont Foot have managed to hold out for a full 90 minutes. The facts show that Clermont Foot have failed to prevent opponents from scoring in 5 of their previous 6 matches, letting in 8 goals in the process. Let’s find out whether or not that trend can be continued on in this game.
ads


Paris Saint-Germain | DDDWWW 📈
PSG will come into the game following on from a 4-0 Trophée des Champions win as they beat Nantes in their most recent game.
For Paris Saint-Germain, goals were scored by Lionel Messi (22'), Neymar (45', 82') and Sergio Ramos (57').
Proving their bias toward high-scoring encounters, we’ve seen goals 25 times in the last six games in which Paris Saint-Germain have sent out their troops, giving a mean average of 4.17 goals for each clash. Opposing teams have got 6 of those goals.