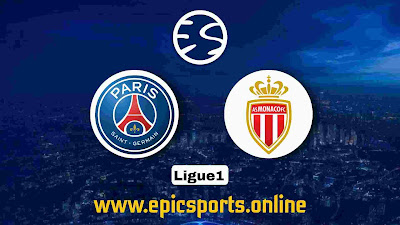 Paris Saint-Germain | WWWWWW ✅
PSG will want to continue from where they left off last time out with the 1-7 Ligue 1 triumph versus Lille.
In that game, Paris Saint-Germain had 52% possession and 16 attempts on goal with 9 on target. For Paris Saint-Germain, the goalscorers were Kylian Mbappé (1', 66', 87'), Lionel Messi (28'), Achraf Hakimi (39') and Neymar (43', 52'). Lille had 16 shots at goal with 10 of them on target. Jonathan Bamba (54') scored for Lille.
Paris Saint-Germain have been so strong in attack recently, smashing 30 goals past the opposition over the course of the previous six fixtures. In those games, Paris Saint-Germain have also seen the tally of goals scored against them total 3.
Going into this contest, Paris Saint-Germain are undefeated in their last 23 home league matches. What a fortress they have created.
Monaco | DDWLDL
Since a loss in their previous game against RC Lens in Ligue 1 competition, Monaco and their travelling fans will hope for a better result here.
In that match, Monaco managed 46% possession and 12 attempts on goal with 5 of them on target. The only player on the scoresheet for Monaco was Benoît Badiashile (41'). At the other end, Lens had 14 shots on goal with 6 on target. Loïs Openda (7'), Déiver Machado (38'), Seko Fofana (55') and Wesley Saïd (78') scored for RC Lens.
In their previous half-dozen outings, Monaco have amassed a total of 9 goals. Monaco have additionally got on the scoresheet in every single one of those games. Over that period, they’ve seen 12 goals scored by their opponents. Let’s find out if that trend will be continued on in this game.
Going into this one, Monaco are unbeaten in their previous 6 league matches away from home.