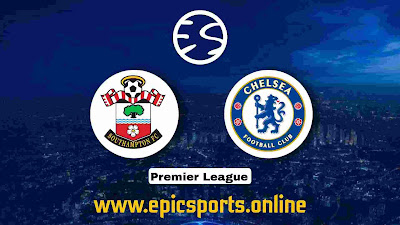 Southampton | LLDWWL
Southampton will be looking to improve on their last outing here following the 0-1 Premier League losing effort in their last game against Manchester United.
In that match, Southampton had 48% possession and 17 attempts on goal with 5 on target. On the other side, Manchester United had 11 shots on goal with 6 of them on target. Bruno Fernandes (55') scored for Manchester United.
Fixtures with Southampton have often been entertaining affairs recently with high scoring being a common characteristic. Over their past half dozen games, a grand total of 21 goals have been scored for both sides combined (at an average of 3.5 goals per game) with 9 of these coming from Southampton.
Chelsea | DWWDLW
Chelsea come into this encounter after a 2-1 Premier League win over Leicester City in their last outing.
In that game, Chelsea had 46% possession and 7 shots on goal with 3 of them on target. The scorer for Chelsea was Raheem Sterling (47', 63'). Leicester City had 17 shots on goal with 5 of them on target. Harvey Barnes (66') scored for Leicester City.
The stats don’t lie, and Chelsea have been scored against in 5 of their last 6 games, seeing their opponents hit 8 goals overall. In defence, Chelsea certainly have room for improvement. That aside, time will tell whether that trend shall persist in this next match.
Coming into this contest, Chelsea remain unbeaten by Southampton in away games against them for the last 9 matches in the league. Travelling fans must really look forward to this fixture..