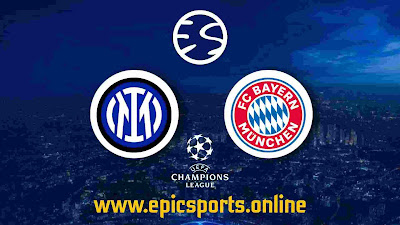 Inter Milan | WWWLWL
Inter Milan will be looking for an improved result here following a 3-2 Serie A defeat last time out to AC Milan.
In that game, Inter Milan had 52% possession and 16 attempts at goal with 5 on target. For Inter Milan, the goals were scored by Marcelo Brozović (21') and Edin Džeko (67'). On the other side, AC Milan got 21 attempts on goal with 5 on target. Rafael Leão (28', 60') and Olivier Giroud (54') scored for AC Milan.
Fixtures featuring Inter Milan have tended to be exciting encounters of late with high scoring being a common characteristic. Over their past half dozen games, the sum of 22 goals have been scored for both sides combined (at an average of 3.67 goals per game) with 14 of them coming from Inter Milan.
Bayern Munich | WWWDWD 📈
In their previous fixture, Bayern Munich drew 1-1 in the Bundesliga 1 tie with Union Berlin.
In that game, Bayern Munich had 75% possession and 21 attempts on goal with 6 of them on target. The only player on the scoresheet for Bayern Munich was Joshua Kimmich (15'). On the other side, Union Berlin had 7 shots at goal with 2 of them on target. Sheraldo Becker (12') was the scorer for Union Berlin.
A series of reliable displays from the Bayern Munich defensive unit has seen the number of goals they’ve conceded amounting to 3 from their past 6 fixtures combined. In that period of time, their forwards have scored 22. Previous results aside, we must now wait to see if the trend shall be maintained in this next game.