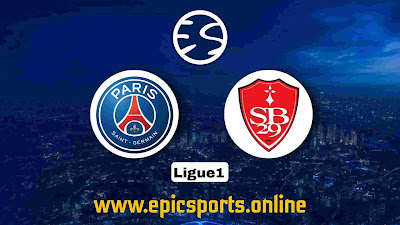 Paris Saint-Germain | WWDWWW 📈
PSG will want to continue from where they left off last time out with a 2-1 Champions League triumph against Juventus.
In that match, Paris Saint-Germain managed 57% possession and 15 shots on goal with 6 of them on target. The only player on the scoresheet for Paris Saint-Germain was Kylian Mbappé (5', 22'). On the other side, Juventus had 13 shots on goal with 4 of them on target. Weston McKennie (53') was the scorer for Juventus.
Matches featuring Paris Saint-Germain have often been entertaining encounters lately with plenty of scoring anticipated. Over their past 6 clashes alone, a grand total of 26 goals have been recorded for both teams combined (at an average of 4.33 goals per game) with 21 of these accredited to Paris Saint-Germain.
Coming into this fixture, Paris Saint-Germain are unbeaten in their last 24 home league matches. What a fortress they have created.
Brest | LDWLLD
In their previous game, Brest drew 1-1 in the Ligue 1 match with Strasbourg.
In that game, Brest had 60% possession and 11 shots at goal with 2 on target. The only player on the scoresheet for Brest was Pierre Lees-Melou (6'). For their opponents, Strasbourg got 10 attempts on goal with 3 of them on target. Ludovic Ajorque (28') scored for Strasbourg.
Illustrating their appetite for fruitful matches, the back of the net has been hit 24 times in the prior 6 matches in which Brest have sent out their troops, yielding a mean average of 4 goals per fixture. Their opponents have hit 16 of these goals. That kind of pattern isn’t assured to be carried forward into this match, of course.