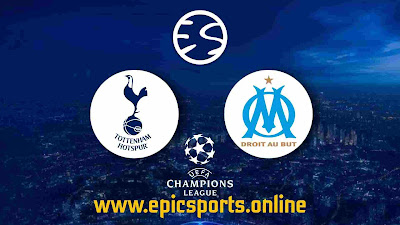 Tottenham Hotspur | WDWWDW 📈
Tottenham Hotspur, who won their previous game, will hope for a similar result following the 2-1 Premier League triumph over Fulham.
In that game, Tottenham Hotspur managed 52% possession and 23 shots on goal with 10 of them on target. For Tottenham Hotspur, the goalscorers were Pierre-Emile Højbjerg (40') and Harry Kane (75'). On the other side, Fulham had 9 attempts at goal with 3 of them on target. Aleksandar Mitrović (83') scored for Fulham.
Tottenham Hotspur haven’t been able to stop scoring goals, hitting the target in one hundred percent of their last 6 matches.
They’ve managed to rack up 12 during that time and have conceded a total of 5. With no two games being the same, we will just have to wait and see if that pattern shall be sustained in this upcoming game.
Marseille | WDWWWW 📈
Marseille will go into this match after a 0-2 Ligue 1 win vs AJ Auxerre in their last game.
In that game, Marseille managed 53% possession and 15 attempts at goal with 7 on target. For Marseille, the scorers were Gerson (8') and Alexis Sánchez (84'). Auxerre got 8 shots at goal with 2 of them on target.
Over the course of their last 6 outings, Marseille have helped themselves to a tally of 13 goals. Marseille have also managed to score in every single one of those games. In that time, they’ve had 3 goals scored by their opponents.