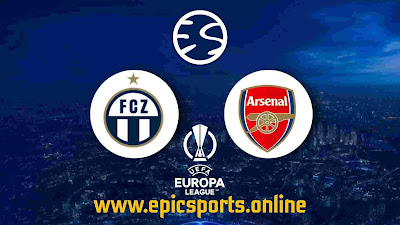 FC Zürich | DWWWLL
FC Zürich will be looking for an improved result here following a 1-2 Super League defeat last time out to Lugano.
In that match, FC Zürich managed 47% possession and 17 attempts at goal with 4 on target. The only player on the scoresheet for FC Zürich was Aiyegun Tosin (24'). At the other end, Lugano had 10 attempts at goal with 4 of them on target. Renato Steffen (5') and Mohamed El Amine Amoura (90') scored for Lugano.
FC Zürich haven’t had any problems with scoring, hitting the target every time they’ve gone out to play in their last 6 matches.
They’ve claimed a sum of 11 during that period while also conceding a total of 8.
Arsenal | WWWWWL
Following on from being defeated in their last game at the hands of Manchester United in Premier League action, Arsenal will be aiming to make amends here.
In that match, Arsenal had 60% possession and 16 shots on goal with 3 on target. The scorer for Arsenal was Bukayo Saka (60'). For their opponents, Manchester United got 10 shots on goal with 6 on target. Antony (35') and Marcus Rashford (66', 75') scored for Manchester United.
In a total of 5 of the previous 6 clashes involving Arsenal, a minimum of three goals have been struck. The overall average number of goals per game during that spell is 3.5, with the number of goals averaged by Arsenal equalling 2.33. Still, we must now wait to see if the trend shall persist in this upcoming match.